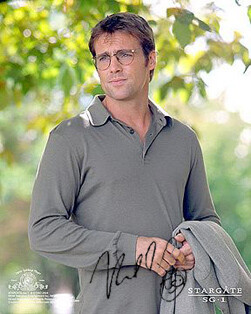 More details about this item:

This photograph from Stargate SG1 features Michael Shanks in his role as Daniel Jackson. Michael personally autographed this photo for the Legends Canada Stargate autograph program.

• Category: Stargate
• Photo size: 8x10
• Supplied with a Certificate of Authenticity with a hologram serial number

Save this product for later 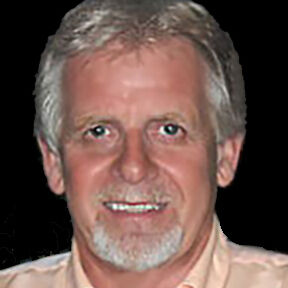 Legends Memorabilia was established in 1995 to provide distinctive memorabilia from the world of Film & Television, History, Music, Aviation and Space.

Paul Brown, the founder of Legends started dealing in memorabilia in the early 1990’s following a diverse career which included several years as a sound engineer in the music industry. During this time he worked with many notable artists and his association with music stars became the catalyst for the development of his memorabilia business. This expanded further as he developed relationships with celebrities in the film and television industry. Legends products have been enthusiastically received by clients in over 80 countries around the world, offering fans the opportunity to own unique memorabilia including: Historical Documents, Music Memorabilia, Autographs, Props & Costumes, Studio Art and Rare Collectibles.

In 2005 Paul started working with Richard Dean Anderson in supporting various charities and today manages his fan convention appearances around the world. Richard and Paul work closely with the ocean conservation organisation, Sea Shepherd and are both members of the Sea Shepherd Advisory Board.